MillionPlus, the Association for Modern Universities, is today (25 April) celebrating its ongoing #25andRising campaign with an event at the Houses of Parliament. The campaign, which launched last month, is highlighting all that modern universities, and their students, have achieved over the past 25 years, and what more they still have to offer. Today’s event will be held in the State Rooms at Speaker’s House, hosted by the Speaker, The Rt Hon John Bercow MP, and will give parliamentarians the chance to meet with staff and students from modern universities.

The reception marks the 25th anniversary of the Further and Higher Education Acts 1992, legislation which provided higher education institutions which were already teaching undergraduate and postgraduate students the opportunity to apply for taught and research degree awarding powers and university title on the same basis as the universities which had already been established.

Twenty five years on, the UK’s modern universities are internationally recognised, highly successful and educate over one million undergraduate and postgraduate students each year. They comprise around half of the UK’s higher education sector, and have contributed significantly to its strengths, successes and reputation at home and abroad.

In addition to teaching, more than half of all modern university research is now judged as world-leading with over 60% judged to have outstanding impact in terms of its reach and significance.

Modern universities have led the development of degrees and apprenticeships to meet the needs of new and emerging industries and the graduate professions required by the UK in the 21st century. For instance: 77% of Social Work students; 72% of Nursing students; 68% of Medical Technology students; and more than a third of Engineering students study at a modern university.

With the help and expertise of the researchers, academics and entrepreneurs employed at modern universities, companies and businesses throughout the UK have been supported to innovate, improve productivity and drive economic growth. These universities have also led global partnerships, resulting in an internationalised curriculum that prepares students for a digital age in an interconnected world. MillionPlus universities alone are partnered with almost 700 institutions in over 400 cities in 81 countries.

“The passing of the Further and Higher Education Acts in 1992 transformed higher education in the UK in a deeply profound way, expanding opportunities for all.

“Today the graduates of modern universities make up 72% of all graduate start-ups still active after three years and the fabric of our society reaps untold benefits from the entrepreneurs, scientists, engineers, teachers, nurses, designers and computer programmers, among many others, who have studied at these institutions.

“Modern universities are vital civic hubs in their local communities, bringing expertise, connections, ingenuity, translational research and the jobs and students from home and overseas which provide a vital boost to local economies.”

“I am exceptionally proud to lead  a modern university and we owe a debt to the foresight of the 1992 government which steered the legislation through Parliament and paved the way for the incredible success story that followed.

“This campaign is an opportunity to celebrate the achievements of modern universities. However the past is only a prologue and I look forward with tremendous anticipation to what modern universities, their staff , students and graduates will deliver in the next 25 years.” 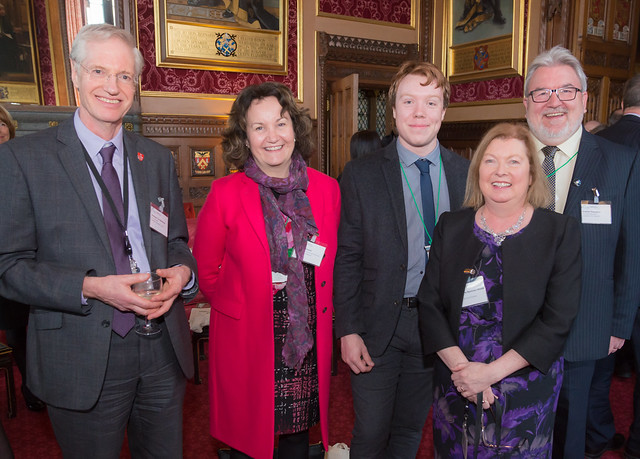