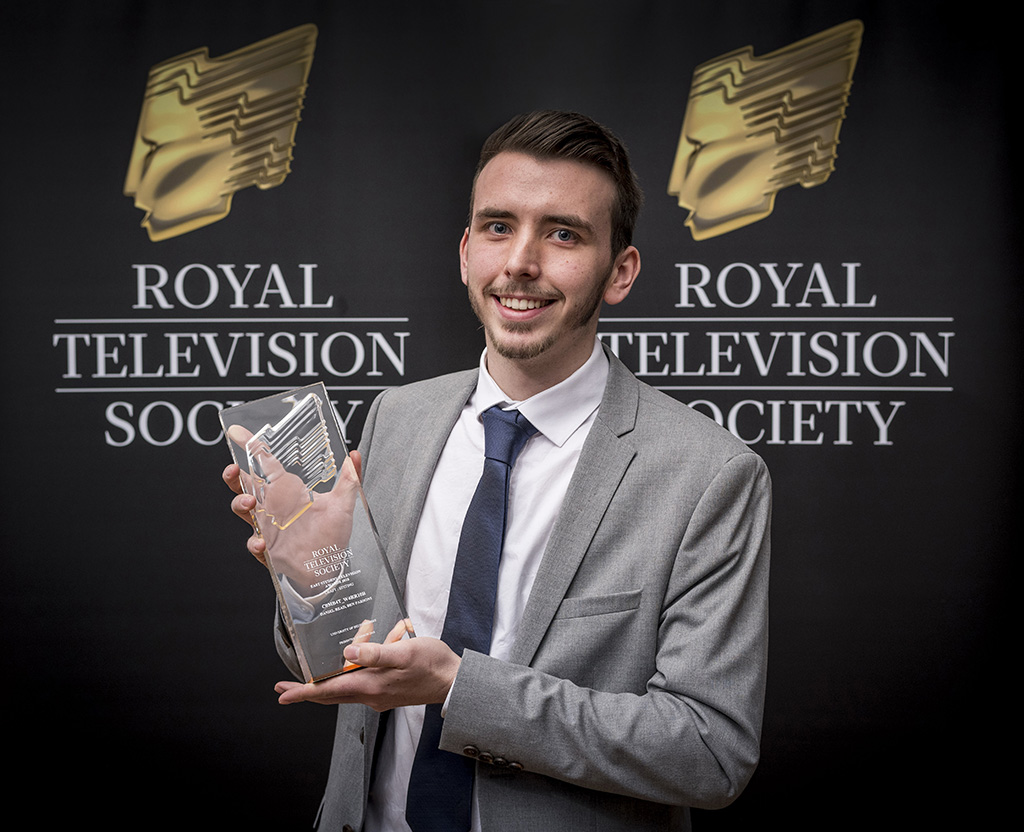 Two Media Production students from the University of Bedfordshire have been recognised at this year’s Royal Television Society’s East Student Awards.

Daniel Read (pictured) and Ben Parsons won the Editing category for their work on their show C0MB4T_W4RR10R at an awards ceremony in Norwich.

Daniel said: “It was quite a shock to be honest. I wasn’t expecting to win and it wasn’t until the next day that it had sunk in. But it’s fantastic to have had our work recognised by the Royal Television Society.”

The University’s Portfolio Leader for Media & Performance Dave Green said: “I am very proud of Ben and Dan’s achievement as it recognises their ability to marry creativity and technology to realise their ideas. This is a cornerstone of the course and I wish them both all the best for the future in their chosen industry.”

Ben and Daniel will now be entered into the national Royal Television Society Student Awards in June.