Guest Blog: The value of creativity in a global market 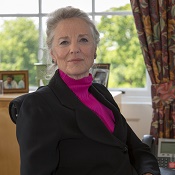 The creative industries have always been global. Art, styles of architecture, music, plays, films and games do not respect borders. Each new technology, from print through television to the internet has accelerated the pace of diffusion of cultural and creative forms, with social media giving the rise to the phenomenon of cultural artefacts going viral and being viewed or used within hours by millions.

Creativity is at the heart of what universities do. Universities long served as a prime conduit for creative and cultural innovation. Scholarly publication internationalises innovation. Higher studies reinforce the globalisation of ideas. A lecturer returning from graduate studies brings forms of practice, interpretations and innovation. Digital technologies underpin the newer forms of the creative industries – apps, digital marketing, but also new textiles, design and all those dependent on big data.

At Bath Spa University creativity is a core value, in terms of research, innovation and digital technology. We have developed our connection to the creative industries, a wide group of activities involving film, media, art, language as well as education, design and creative computing. We focus on connectivity, and collaborative offerings, to emphasise not just the digital connectivity, but also the international, national and regional partnerships we encourage.

I believe the demand from the creative industries for graduates with these skills will continue to increase. Training for the creative economy is a particular focus of specialist institutions such as art colleges and the so-called ‘modern universities’, which have responded rapidly to new and emerging markets by developing multidisciplinary courses. As we know from the million+ report Creative Futures: Ten Steps to Support the Creative Economy 70% of students of creative subjects study in such universities.

The traditional pathways from university to work are changing and we must ensure our graduates are equipped with the necessary skills and attributes to meet this challenge. Higher education is and should be global. We owe it to our students to help them become globally aware, confident, cross-culturally adroit –global citizens. But we also owe it to them to prepare them for the new world of work.