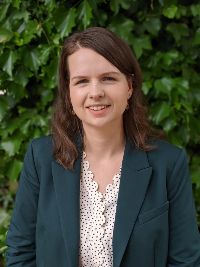 After weeks of speculation, in the end, we heard very little specific to higher education from Chancellor Rishi Sunak’s budget and spending review. The suspense was actually shattered hours before the Chancellor stood to address parliament. Universities Minister Michelle Donelan told the Education Committee this morning that the long-awaited full and final response to 2019’s Augar review – so long expected to be bundled in with the budget after the government’s interim response in January - would be published ‘very shortly’. When pressed by committee chair Robert Halfon, Donelan would not be drawn further on any potential timeline, refusing to say if publication was scheduled before the end of the year. Crickets chirp, tumbleweed blows and a can first opened in February 2018 by then Education Secretary Damian Hinds is kicked further down the road.

For months higher education circles had been asking feverishly what Sunak would have in store for universities in today’s spending review: would we see a fee cut? Will student number caps be introduced? Minimum entry requirements? A change to the salary repayment threshold? A tweak to the interest rate?

The university sector generates some £95bn for the economy and employs close to a million people according to research commissioned by UUK, educating more than two million students. It was a crucial part of the country’s pandemic response, providing thousands of nursing and other allied health staff for hospital front lines around the country, to say nothing of a Covid-19 vaccination,

and, if given adequate funding and opportunity, has the potential to be vital to the government’s social and economic levelling up agenda. Given all that, it isn’t an unreasonable expectation that these questions are finally answered.

As it is the word ‘universities’ appears only four times in the Autumn Budget and Spending Review 2021 document, twice in connection to research (on which more below) and twice more in passing.

When those answers do come it is critical that the unit of resource for universities is at least maintained to ensure that providers can continue to provide a world-class academic experience for their students and that cuts in other vital areas are not required.

Undermining or diminishing the role of universities, which are vital anchors in their communities socially and economically, at exactly the time when Britain needs to invest in upskilling and re-skilling its workforce would be absolutely the wrong approach.

So what did we learn? On research, while the government’s pledge to hit £22bn in research and development investment by the end of the parliament slipping to 2026-27 will disappoint some, against the wider context of Covid-19 it is somewhat understandable and the refined target to hit £20bn by 2024 is not to be sniffed at.

What will be crucial is how this increased investment is allocated and distributed. Will the vast majority of resource continue to flow to the Golden Triangle or will the government seize the opportunity to re-balance they way research and innovation is funded, as MillionPlus has called for.

By scaling up the Higher Education Innovation Fund; increasing the number of Knowledge Transfer Partnerships funded across the UK; expanding the Strength in Places Fund; and ensuring that the Shared Prosperity Fund is devolved, based on long-term funding cycles, and accessible to universities and local businesses, modern universities, many of which sit in marginalised areas of the country, and those hit hardest by the pandemic, can do even more to support a world-class system of research and innovation. That investment is spread across the country will help to support effective recovery from the pandemic and go some way to reducing inequalities between and within regions.

A renewed commitment to a lifelong learning entitlement is encouraging and remains a laudable aim but again the devil will be in the detail. How this will fit within the existing student finance model – or even a reformed student finance model, should that time come – and how it will work for students on the ground are critical questions that will need careful consideration and implementation.

Ultimately the Autumn 2021 Budget and Spending Review posed as many questions as it answered for those of us working in higher education. It remains the case that it will take the much belated Augar response to answer many of those questions and, perhaps, see a truly comprehensive plan for HE.