CEO Blog: Squaring the cirle between Milburn and Gove 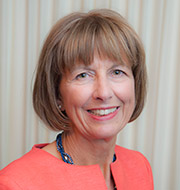 I have been pondering how to square the circle between what Alan Milburn is calling for – which incidentally modern universities already do – namely for universities to take much greater and more active steps to widen participation, starting in schools and colleges, and Michael Gove’s plans, outlined in the Times and Guardian on 17 October, to rewrite A-levels and create an A-baccalaureate.

Gove’s ideas include removing modules, and instead having one exam at the end of a two-year A-level programme accompanied with an extended project and voluntary work, and an AS Level in a contrasting subject.

This may be a good idea in principle though it raises as many questions as it answers such as, where are the resources coming from to manage an extended project in already stretched post-16 education? How would you compare widely-differing projects? Who decides what a contrasting subject is? More importantly, how does it relate to the A-level reform consultation which has just taken place over the summer by Ofqual at the behest of Gove? When Gove wrote to Glenys Stacey, Head of Ofqual, in March this year expressing his concerns with A-levels and wanting more university involvement, no mention was made of an A-bacc. Would it not have been, at least, a bit more polite to have waited until Ofqual had published its outcomes, due in early November, before making further announcements about major A-level reforms? The consultation attracted over 1,000 responses - let’s hope we haven’t all wasted our time. (Read our response here and the report of our recent roundtable on A-level reform.)

How does any of this relate to the thrust of Milburn’s arguments laid out in his report University Challenge: How Higher Education Can Advance Social Mobility published on 18 October in his guise as the Government’s Independent Reviewer on Social Mobility and Child Poverty, in which he argues for far greater contextual data to be used when analysing student applications? As Milburn says, “A growing evidence base suggests that over-reliance on A-level results engineers a distorted social intake to universities, and fails to meet the criteria of excellence.” Course assessment, for example, provides a more rounded picture of a student’s achievements and potential than one final exam.

Milburn throws some considerable challenges universities’ and Government’s way. Alan Milburn’s call for universities to plug the hole left by the scrapping of EMA (Education Maintenance Allowance) would doubtless help some poorer students stay on at school or college, but it is a recipe for a postcode lottery and many will lose out. After all, the EMA was for all those eligible on income grounds, who stayed on at school or college and not just those taking courses with a view to studying at university.  It is also somewhat ironic that unless a university is endowment-rich (very few are) that all this would have to be provided from the tuition fees of students, to be repaid by them when they are graduates.

His idea for a ‘pupil-premium’ like initiative for university would not help the third of undergraduates who enter university over the age of 21.It could also result in money being taken away from those universities, which have led the way in promoting access and participation. This funding (the widening participation premium) is used to support students at university during their studies and universities with diverse student profiles already add hugely to this from their own institutional resources. They also encourage participation through community initiatives and the acceptance of a range of relevant level qualifications, alongside other indicators of an applicant’s potential. This all adds up to a wider view of the contextual data to which Milburn also refers.

What both Milburn and Gove fail to recognise is today’s student profile. It is older and more diverse than they appreciate. The third of undergraduates who are mature students were accepted to university based on qualifications they also frequently took later in life. Many did A-levels - which are why A-levels need to be fit for purpose across the piece not just in a school setting – and students of all ages study for BTECs and other vocational qualifications.

This message needs to reach Ed Miliband and Labour too. Ed Miliband’s plans for a T-bacc (technical baccalaureate) also miss the key point. Qualifications need to provide a scaffold which can lead you in many directions – be it university, college or work - as well as to inspire ideas, creativity and adventure. We need qualifications which you can undertake at any age, and which rule opportunities in, not out.

These big announcements from both sides now need to be backed up with some proper research and coherence to make our education system fit for purpose for all students, at whatever age, and to allow them to fulfil their full potential.