International student recruitment – can government alone have the answers we need? 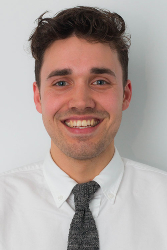 Only by working together will universities and the government solve the crisis in international student recruitment caused by Covid-19, writes MillionPlus Senior Parliamentary Officer Adam Haxell.

The importance and value of international students in UK higher education shouldn’t be a secret to anyone. Recent coverage of this topic has underlined repeatedly how critical a role they play in the functioning of the sector and our economic prospects. While perhaps we can be forgiven for focusing solely on the impact of jobs and prosperity, it is also important to remember that these students enrich all universities academically, culturally and socially - as well as enhancing our local communities. The great threat of the Covid-19 crisis is that all these benefits have now been thrown up into the air.

The scale of the challenge is becoming ever clearer, but it is important to remember that the quality of UK higher education remains well respected and valued globally. Even throughout this crisis there are hundreds of thousands of people who still see the UK as their destination of choice, seeing a UK university education as a gateway to a better future.

This is an unprecedented global health pandemic and therefore can’t be compared to previous challenges to have faced the sector as it is not in essence market driven. Demand for international HE has not gone spiralling down as yet, as would perhaps have been the case were this a more traditional economic crisis. Instead it is the steps that governments around the world have taken - completely necessarily - that have led to where we are today. While we can have no complaints about these actions, we need to acknowledge that as it was government that put these systems in place, so too it must be with government that we help plan the future.

MillionPlus has released a series of papers on student migration over many years, and today’s is an attempt to address the key concerns that universities have in the short, medium and long-term, in light of all the uncertainties we now face. From Covid-19 to a whole new immigration system and a transition fully away from the European Union, there has never been more upheaval in this market. However, within every proposal put forward, and every idea for both today and years in the future, we can essentially boil so much of what is needed down into one word: trust.

In 2017 the then Immigration Minister, Brandon Lewis MP, rightly lauded the success of the reforms of his government to ensure that higher education was a compliant sector, praising the increase in overseas student numbers. While we would perhaps question the need for many of these measures on areas of the sector that were already highly compliant, this acknowledgement was a very welcome one. Since then ministers have stuck to the same message and indeed gone further, with a cross-governmental International Education Strategy published last year to explicitly plan for more international students across the UK.

Universities have never been more rigorous in their evaluation of applicants, nor more cognisant of the need to ensure all applicants are coming here to study and abide by the rules. There is, and has never been, any incentive for universities to be anything other than highly compliant.

It is at modern universities where the highest levels of compliance procedures are often put in place, due to the misplaced and old-fashioned views that still exist throughout parts of the visa system, questioning how genuine a student is when they apply for a visa. Some of this stems from the fact that modern universities, more than others, have a strong history and a core mission of offering the opportunity of studying higher education if a person has the ambition, talent and desire to do so. Some build their entire education model on targeting areas where prospective students have been overlooked - and as such they have become the bastions of a quality education – helping with the development of HE in other nations.

So many of the procedures that universities have to contend with were put in by previous governments seeking to limit students coming in, or at least put as firm a brake on any rise in numbers as they could –  even to the detriment of the student experience. Even before Covid-19 the ‘Global Britain’ idea signalled a shift in tone and a need to seek out new markets.

We believe short-term clarifications and changes need to be made to make the current guidance more workable and robust. We will continue to work with government on this. We also need steps taken to give universities confidence for the medium and longer-term, where guidance is patchy at best and where recruitment cycles are already underway. This is where trust becomes central again.

It will only be by the government and the sector working together that we can take the steps that will guide us through this crisis. All the work that has been done up to this point, at governmental and institutional level, has left universities uniquely well placed to help government tackle the enormous challenges that student immigration will present once borders begin to slowly reopen. Owing to the global nature of the pandemic it is simply impossible for government to produce guidance that will be workable for all universities in all overseas markets. Some institutions will be impacted more than others, just as some countries will. The government instead needs to use the trust that has been built up; give Tier 4 sponsoring universities the ability and the confidence to take the necessary decisions in the months ahead, and give them all the information they need as early as possible.

And what about the student?

It is also vital that, throughout all of this, we don’t lose the voices of the students and applicants themselves. For those looking to come to the UK, huge numbers remain eager to study but may face new barriers in their home countries before we even get to issues in the UK. For those already here, we must always keep in mind that the majority are young people who are away from home for the first time in their lives. Some of these students will have been reliant on part-time work to fund their studies, work that has been interrupted by the pandemic. Universities are doing a huge amount to help in this area; setting up hardship funds, assistance with accommodation, provision of IT equipment, mental health helplines and others. But elements of the current compliance regime hinder these efforts.

Students can be terrified of admitting there is a problem with their finances or with their ability to access online learning because they feel their visas will be curtailed. They don’t want to take ‘hand-outs’ in case it is classed as receiving public funds. This fear is not a result of non-compliance but of exceptional circumstances meeting criteria that were never designed for a period such as this. To help these students we need government and the sector to both listen to the applicants and students on the ground about what they are looking for today and then work together in making it possible.

An honest, trusting relationship means government being open and frank with universities about when services can resume, and giving institutions the ability to temporarily replicate systems - using their expertise - that can achieve the same objectives. It means being as flexible as possible, allowing the higher education sector to come up with ideas to keep things moving without simply being rejected as they don’t conform to the way things are usually done. It also means acknowledging that these are exceptional times and not reverting to old ways of thinking when assessing how the crisis was managed, as that would be unfair and misguided.

The government has at its disposal a network of universities that can help ease their capacity concerns, while maintaining the level of compliance; and not causing such a valuable system to shut down. It may not be easy, but by working together as partners to address these concerns, we could end up in a situation where we can pilot new approaches to make the entire system fit for the future.

Download International student recruitment in the age of Covid-19 »