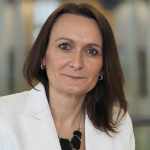 Like modern universities throughout the country, the University of Cumbria is perfectly placed to support the government’s industrial strategy.

As a university based in and for the county of Cumbria, with further reach through campuses in Lancaster and London, we’re ideally positioned to assist employers in developing the considerable staff needed now and in the future to fill the skills gap.

At more than 130 pages, the government’s industrial strategy green paper demonstrates how seriously the Prime Minister and the Secretary of State, Greg Clark MP are in seeking to address long-standing imbalances in regional growth. The University of Cumbria will be a vital player if the broad strokes of the green paper are to be whittled and finessed into detail.

The image of the university’s operating environment as restricted to the rural charms of Cumbria couldn’t be further from the truth. Cumbria has significant and growing industrial strengths, of regional and national importance, spanning energy, advanced manufacturing, logistics, STEM and defence as well as the cultural, rural and visitor economy.

More than half of all modern universities already engage with the development and implementation of regional or devolved government economic strategies and Cumbria is
leading on the Higher Level Skills Strategy on behalf of the LEP and are supporting the visitor economy through backing the Lake District bid for World Heritage Site status. We are developing Carlisle as a university city working with the city and county council and by chairing the Carlisle Partnership

The university supports the nuclear industry on which around 28,000 jobs in this part of the country rely. Cumbria is the higher education provider for the Cumbria hub of the new National College for Nuclear, providing education and training to both the next generation of nuclear workers and the existing workforce, ensuring that the demands of both current and future nuclear skills requirements are met.

But as well as providing support to one of the country’s biggest pieces of national infrastructure, we assist small- and medium-sized business in our locality. Our Carlisle Business Interaction Centre, home of the university’s business school, offers support to businesses, employees and students. Looking away from west coast to the Lake District, the university is a partner of the Ambleside Rural Growth Hub, part of Cumbria LEP’s rural growth network, which offers support packages to businesses from a range of sectors.

One of the Prime Minister’s stated goals on assuming office was to make sure that no part of the country was left behind. Cumbria and other modern universities are vital agents if this ambition is to be achieved.

Across the new combined authorities, and in existing two tier structures as here in Cumbria, it is modern universities that educate the majority of students and in most English regions most of their graduates continue to live and work in the area in which they studied. On average modern universities directly employ around 1,500 people but they are also community hubs, accessible to and engaged with local residents and quick to promote, showcase and support their localities.

As last week’s report from MillionPlus states: “[Modern universities] are key to ensuring that the jigsaw of devolution and the industrial strategy fit together and that the government’s ambitions are realised.”

In Cumbria it’s already a reality today; we hope to be playing an even bigger part tomorrow.

Professor Julie Mennell is the Vice-Chancellor of the University of Cumbria.