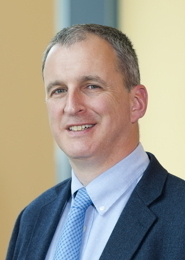 Two things made last week's Guardian University Forum (26 February 2014) on 'Competing on the Global Stage' particularly timely. Firstly – and this is common ground in the HE sector – a tightening of immigration rules affecting student visas has put British HE at a disadvantage internationally. Secondly, and in some ways connected to the first, the Forum reminded all present that it’s too easy to become insularised against non-UK examples of innovation in HE delivery, and of the fundamental importance of cross-border linkages and collaboration.

A highlight for me was David Watson’s lecture 'How Do Universities Change?' taking a broad and deep overview from the mediaeval period to the present, looking at the difference in perspective between the Global South and the Global North. This type of discussion often focuses on a “Western” approach or, in an even more limiting way, on entirely Anglo-Saxon models of HE. David’s presentation was a useful reminder of the dangers of this.

Later in the day, I participated in a panel discussion on 'Immigration and Higher Education', in which Scott Blinder, Director of the Migration Observatory at Oxford University, outlined recent research showing the extent to which more restrictive immigration policies have been aligned with changes in public opinion since the 1990s. Very interestingly, the survey results also show that there is a generally positive attitude towards immigration for the purpose of study, which seems to give some political space for a change in policy.

We agreed on the impact of immigration policy on students and highlighted the particular problem of the new immigration bill’s proposal to require landlords to check tenants’ immigration status.  And we agreed that the language that surrounds the immigration issue – as well as the regulation itself – can put off prospective students. There was some disagreement on whether the HE sector might itself have made things worse by 'raising the heat' in public, possibly giving an exaggerated picture abroad of the impact of this legislation. I sympathise somewhat with this viewpoint, but of course the challenge is to work out when it is right to speak out, and in what terms, and when on the other hand it is better to keep quiet.

To my mind, international student recruitment is not just about money, market share and other business-like figures, important though these are. Rather, it’s about the nature of the university, and its student body. To deliver the kind of educational experience all British universities aspire to, we need a multicultural community. We should be teaching, and the students learning, alongside people with different experiences and outlooks; a restrictive immigration policy risks preventing this.

Finally, the Forum featured Pericles Lewis, president of Yale-NUS College, talking about the ground-breaking partnership launched in 2011 between Yale University and the National University of Singapore. This collaboration crosses boundaries in several ways: between countries with very different political systems, spanning different national cultures, and combining a private university and a public one. It’s too early to draw any firm conclusions, but it’s a fascinating experiment in 'trans-national education' (TNE). Britain has been experimenting with TNE for some time, though I’m not convinced we have quite reached the point at which it will become clearer which models of TNE work, and which don’t – or, perhaps to put it better – which models suit particular situations. Against the background of the immigration issue in the UK, this was a marker of the shared ambition and determination of US and Singaporean institutions to internationalise their activities.