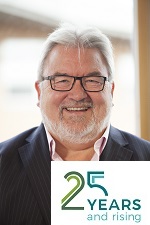 Sunderland is undergoing the most dramatic change in a generation. And its university is leading the transformation. Not just in new buildings but in new ideas. An estimated £1.5b is being spent on infrastructure investment around projects including the new River Wear Crossing, an Advanced Manufacturing Park next to the Nissan plant and the restoration of heritage treasures Hylton Castle and Roker Pier. Cultural entrepreneurs and developers are creating a new city centre cultural quarter and riverside business park. The university’s contribution includes the £2.5m redevelopment of the National Glass Centre, the acquisition of the Northern Gallery for Contemporary Art and the opening of a new multi-million pound enterprise and innovation centre Hope Street Xchange.

It feels like we’ve come a long way from the era when Sunderland was principally known as a centre for ship-building, industrial glass making and coal-mining. These days our engineers are engaged in off-shore energy and vehicle manufacturing. Whilst graduates and apprentices get jobs in software development, healthcare, marketing and teaching.

Yet Sunderland continues to be characterised as somehow out of step with the mainstream. It wasn’t the only Northern city to vote Brexit, but it was the first to declare on the night. And that’s led to Sunderland being portrayed as a posterchild for disengagement and hostility to outsiders.

It’s certainly true that like many local authorities in the north of England, Sunderland has been disproportionately hit by government spending cuts. And that’s created dismay and despair in a population already cynical about the actions of what they see as an increasingly London-centric government.

But I would like to think that the thousands of students from overseas who’ve chosen to study in Sunderland would not recognise the city as the one painted in a number of cruelly ill-informed media profiles.

The university’s place-making focus around culture and creative industries as a driver for economic regeneration is one of the ways we’re opening up a new, more authentic narrative for Sunderland.

Alongside the university’s cultural assets, the privately-owned, business-led Sunderland Music Arts and Culture Trust is about to embark on the next stage of its redevelopment plans at the back of that glorious Edwardian palace of entertainment the Sunderland Empire. The Old Fire Station will open in the Autumn of this year providing studio space for Dance City and Live Theatre. Dance City plans to use the space for community dance engagement whilst Live will focus on its young peoples’ outreach. The Fire Station will also offer exhibition space and a new bar and café opening out onto a new piazza. Next-door will be a new 450-seat performance space which has just received £6m from Arts Council England towards its construction costs.

The university has joined forces with the MAC Trust and the city council to create a new culture company to manage and programme venues, galleries and museums across the city – including the new theatre which opens in 2019.

We’ve seconded three employees as officers of the new company. Keith Merrin (director of National Glass Centre) is chief executive, Rebecca Ball (The Cultural Spring) is director of Sunderland2021 and Helen Connify (co-ordinator of Sunderland Cultural Partnership) will support Keith and Rebecca as a project manager. The company has got off to a tremendous start having been awarded £1.3m from Heritage Lottery’s Great Places fund. As the company’s first chair I get to see at first hand the energy and commitment being poured into the city’s reinvention as a cultural destination. I also chair the university-led Cultural Spring – a wonderful project to engage local communities with artists and performers. After an initial investment of £2m from Arts Council England, we’ve just received another £1m to bring the project to a wider audience.

In April we delivered Sunderland’s ambitious bid to be UK City of Culture 2021. The submission is the result of more than 18 months of discussions and meetings with communities and stakeholders across the city. The single most important lesson we’ve learned from The Cultural Spring is that people engage best when they’re involved – rather than being “done to”. So I’m confident our bid – one of eleven across the UK - will be as authentic as it is transformational.

We will know by the summer if we have been shortlisted and the announcement of which city has won the title will be made by the minister in Hull in December.

The strategy outlined in our application plans for growth in the cultural and creative economy of Sunderland - whatever the outcome of the bid process. And that’s good news for students, graduates and staff.