Guest Blog: International students - an economic asset not a burden 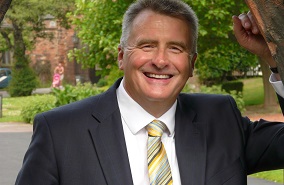 On a recent trip to Russia, the Prime Minister, in response to a perceived slight that Britain was ‘a small island no one pays any attention to’, offered an impassioned retort.

'Britain may be a small island but I would challenge anyone to find a country with a prouder history, a bigger heart or greater resilience. Britain is an island that helped to abolish slavery, to clear the European continent of fascism – that has invented most of the things worth inventing including every sport currently played around the world.....A small island that has the sixth largest economy, one of the best records for art and literature and contribution to philosophy and world civilisation – and more than its fair share of world class universities'.

The Prime Minister was indeed right – and about our universities too.

Universities have experienced a fundamental change in their role and function over the last 30 years – indeed change that is unprecedented in the long history of universities going back 800 years. On the one hand universities have had to become much more accountable for the way they run their affairs, and on the other hand they have had to cater to the needs of a much wider and more diverse student clientele rather than those of a privileged few – while simultaneously developing knowledge transfer, diversifying income streams, improving research rankings, opening doors to business and the community and so on.

Universities may have paid a high internal price as a consequence but they have been extremely successful in responding to these externally imposed changes. We have tripled the number of university graduates over the last 25 years and produced them at half the cost hitherto – and have done so with a lower proportion of GDP invested in higher education in this country than of any of our competitors. No longer ‘a parasite on the public treasury’ – or ‘Ivory Tower’, or ‘Castle in the Swamp’ – universities are at the heart of wealth creation and the so-called Knowledge Society in this country. Indeed higher education now lies under the jurisdiction of a government department entitled Business, Innovation and Skills.

International students and the income they bring, has been central to the success of our universities – they often attribute up to 20 per cent of annual revenue at several institutions. In the absence of public funding and the drive for efficiency gains, international student revenues have helped to bridge the gap – alongside of course, their fundamental contribution to the economy.

Equally as important are the benefits they bring to our home students. We no longer live in a multi-cultural society but rather a global society. Thus we need to recognise that the success and employability of our home students is contingent on preparing them to be global citizens; living and working in a society where cross-cultural capability is a premium asset in the workplace. Our international students make an important contribution in helping us to realise the aspirations of our home students.

However these economic and social benefits and this lucrative market are threatened by the government’s desire to limit net migration and the way they have sought to implement this policy.

At London Metropolitan University our Highly Trusted Sponsor (HTS) Licence was revoked by the UK Border Agency (UKBA) on August 29, 2012. We did not agree or accept the UKBA assessment, refuted it and initiated a legal challenge. We are not a bogus institution or a small-scale private college out to line its pockets. We are a metropolitan and a community university that serves the public good – with a proven track record of doing so over the last 165 years. Nor were we dilatory. We also have the highest endorsement rating for quality assurance by the primary regulatory bodies in the UK and USA.

Since 2008, when the Points-Based Immigration system was introduced, the UKBA has changed the rules approximately 12 times and published approximately 20 different versions of corresponding guidance documents – all within the space of 5 years. Our experience was akin to a visit by the Gas Board to your house in March – a routine visit – then silence for 3 months, followed by ‘we do in fact have urgent matters of concern to raise with you’ – then to be arbitrarily cut off less than a few weeks later. This comes at a time when the biggest university recruiter of international students in the capital – the London School of Economics – did not even have an attendance monitoring scheme in place.

Even worse – and shameful – was the way the licence revocation occurred.  We were not told by UKBA about the revocation until after it was leaked to the Sunday Times which published it in the middle of the August Bank Holiday weekend. This leak was a wicked and cowardly act – and I say that as a citizen, voter and taxpayer as well as someone affected by it. It traumatised hundreds of innocent international students entirely unnecessarily. Over 100 foreign governments were brought down on our head, serving as a spectacular own goal on behalf of UK plc.

The aftermath of that revocation over the last year has been belated recognition that universities are indeed different to other parts of the education sector.  The UKBA is no longer with us – damned by its own minister and the public accounts committee – and the Home Office are more proactive in seeking to improve communications and understanding university requirements. A specialist inspection team – the Higher Education Assurance Team (HEAT) has been established. There is also a Premium Sponsorship Scheme through which, for £8,000 a year, you can have your own Account Manager at the Home Office.  The Post-Study Work Scheme for international students, which the government scrapped in 2012 – just as Australia was getting ready to introduce one in 2013 –, has been partially restored through the Doctoral Extension Scheme. Equally, there has been major investment made by many universities in ensuring Tier 4 compliance within their institutions.

However, these compliance costs do come at a price. They place yet more accountability on the part of universities and fail to reflect the importance of smaller, niche institutions that cannot afford the extra burden. For example, the bespoke quality London College of Garden Design – based at Kew Gardens – can no longer afford to recruit international students. Government policy is penalising legitimate small businesses in this respect. The perception and the reality persists that it is now easier to study at our competitors – the USA, Canada and Australia – than  in the UK. This is mirrored in political ambivalence too – the Chancellor of the Exchequer and Mayor of London in China earlier this month spoke enthusiastically about encouraging Chinese students to come here, while the Home Secretary in London expressed somewhat different views about foreign students.

The desire to limit net migration, while expanding the UK’s share of the international market is a circle that still has to be squared.