Guest Blog: In times of austerity, the case for investment in creativity is compelling 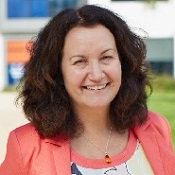 The world is changing rapidly. Traditional sources of influence and power are being redrawn. “Back to the Future“ reminded us a few weeks ago of how rapidly the imagined future world becomes reality. Society is challenged by economic crisis, environmental threats, and security concerns. Austerity and retraction seem the norm. Improvements in productivity and economic growth the new imperatives.

Changes in technology, the onslaught of social media, the democratisation of knowledge, the growth of ‘virtual’ placeless business. All challenge the nature, structure and interactions of our communities and societies.

Against this background, it is no surprise to read in the new million+ report Creative Futures: Ten Steps to Support the Creative Economy (23 November 2015) of the growth in the cultural sector in the UK. In the three years from 2011, jobs associated with the creative economy increased by 13.7%.

The new dimension in our economies, where transactional and functional tasks have been easily automated, is the emergent and clear link between creativity and innovation. Very few businesses exist today - either the SME community or the large corporates - without some need for embedded creatives within the workforce, and specialist advice and help on design, digital and communication skills.

The economic growth and value add of the creative sector would be worthy of attention on its own, but add to that contribution, the ability of the cultural sector to address some of the wider issues in our changing worlds and we surely have an investable proposition.

I read with interest the recently published World Cities Culture Report 2015. Commentators in the report suggest:

"Creative entrepreneurship contributes to an urban climate of innovation, experiment and social relevance."
"Cultural events offer a platform to bring people together and connect them and promote better mutual understanding and form bonds among citizens."
"Economic, social and environmental issues can only survive, improve and thrive with a cultural strand running through."

Modern universities in the UK have supported and encouraged the significant role of the cultural sector within the UK. The Creative Futures report draws attention to excellence and innovation by the universities in driving new forms of engagement with schools, business and individuals, encouraging growth in the design, creative and digital economies. Modern universities educate 75% of the highly skilled graduates who enter the creative workforce and play a significant role in supporting the large number of creative industry SME’s.

Talent development and retention is critical. The creative economy has a highly educated workforce with over 70% of jobs filled by people with higher education qualifications. Modern Universities have led the field in developing courses, including multidisciplinary programmes, to respond to new and emerging creative markets. They work closely with companies and creative professionals to design and deliver appropriate, relevant and innovative programmes, enabling graduate employment and supporting emerging SMEs.

At the University of Sunderland, we work hard to support our growing cultural economy. As a place we are proud to be hosting the Tall Ships Race in 2018 and to be bidding for City of Culture in 2021. As a University keen to support enterprise, innovation and design we have opened the first Fablab in the North East of England. This facility will sit alongside our world-leading media hub and our internationally recognised National Glass Centre. Our students and graduates work alongside the most talented creatives in the UK.

The million plus report does however flag concerns that creative subjects are being neglected in schools, and identifies a lack of investment for research and entrepreneurial activity linked to the creative industries. The report suggests ten steps that could be taken to help support the sector including a creative capital fund to invest in creative industries in the regions, and the creation of a tailored innovation voucher scheme for creative SMEs.

It would be a wasted opportunity if we fail to acknowledge the contribution to our economy the creative sector brings. Technology on its own encourages homogenization and standardisation. We need a counter balance through creativity and design. To continue to grow as a civilized, thinking, developing society we need creativity and culture. In times of austerity and a focus on value add, the case for investment in our cultural sector is compelling.

Shirley Atkinson is Vice-Chancellor and Chief Executive, University of Sunderland, and a member of the million+ Executive.