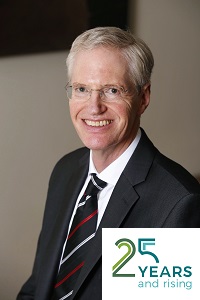 I am incredibly proud of Middlesex University’s rich history because of what it means for the modern university we are today. Our founding institutions are part of a North London story of pioneering industrial innovation, professional practice and the arts, as well as shaping the idea of the polytechnic itself as a 'people's university' serving the needs of its locality.

At Middlesex, we remain true to our polytechnic origins in our approach to high-quality practice-based learning and the importance of high-level skills as well as expert subject knowledge. At a time when some forecasters predict that the millennial generation will be the first in the country’s history to face living standards lower than the generation before them, our aim is to prove them wrong by our graduates being agents of change, adding tremendous value to the companies where they work, pioneering innovation in the public services and creating the businesses of the future.

This cannot just be a project about young people from already privileged backgrounds going to very selective universities, for whom the transition from school to university is taken for granted. It is also about the huge potential of young people and adult learners who have not enjoyed these advantages, for whom university is a step into a totally new experience full of opportunities their parents could never have imagined for themselves.

The modern universities are distinctive in having this mission of mass social change, but we share with the old institutions their commitment to high standards of scholarship and the outstanding quality for which British higher education is known around the world.

This quality has enabled Middlesex to export our courses and awards abroad, at our campuses in Dubai, Mauritius and Malta, and with partners around the world, as well as attract thousands of international students every year to our London campus. We started out meeting the skills needs of Londoners and are now a global institution running a trade surplus with the rest of the world.

Yet despite this success we face some deep-rooted prejudices, such as that international students are immigrants whose numbers must be controlled, that students coming to university with BTECs rather than 'A' levels are not prepared for university study, rather than university study not modernising to a 21st century skills agenda, and that social mobility is about a few bright working class kids getting into Oxford rather than all our universities having diverse student communities.

At Middlesex, we engage children as young as 11 through inspiring campaigns such as Make Your Mark, encouraging them to start thinking about what they could become and their future career possibilities. Just last year our outreach work with some 80 schools in the London Borough of Barnet – London’s largest borough - and elsewhere in London meant we engaged with 10,000 children who are now thinking about their future lives as teachers, scientists, designers, artists and entrepreneurs.

Recently the All Party Parliamentary Group on Social Mobility took evidence from a major accountancy firm who explained that after adopting a university blind recruitment process their intake of graduates from Oxbridge and other Russell Group universities declined considerably in favour of other universities. Unfortunately, discrimination against comprehensive schools and modern universities still pervades many sections of our society, writing off potential and denying opportunity.

Our Middlesex students never cease to amaze me with their spirit and determination. Despite all the obstacles many of them face, the vast majority succeed and find meaningful employment. As a visitor said ecently, ‘Middlesex students are like a mirror of London. They are urban, savvy and real and these are the people who will continue to grow our economy now and into the future.’

As we celebrate 25 years of the modern universities, I urge policy-makers, business leaders and the media to work with us to change the world. It is a job that we cannot do just on our own.