Chair's Blog: It's time to open up the debate on research funding in the UK 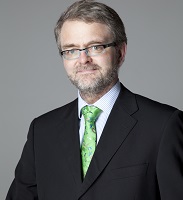 The UK is at a crossroads in more ways than one. What happens to the Union following the Scottish referendum is a matter of intense debate and interest – and the outcome, whether devo max or independence, will impact on universities and students. However, as data from the Organisation for Economic Co-operation and Development (OECD) confirms, the next government at Westminster also has decisions to make about future levels of investment, not only in education, but also in science and innovation. A new report from the university think-tank million+ "The Innovation Challenge: A new approach to research funding" highlights just how much needs to be done to bridge the gap in our investment in research and development (R&D) compared to that of its competitors. According to the OECD, the UK invests less in publicly funded R&D as a percentage of GDP than the leading 22 OECD countries, lies 19th of OECD countries in terms of private sector R&D investment and also invests less in R&D than the average of other EU Member States.


This is a depressing picture. However, recent speeches by George Osborne, Conservative Chancellor of the Exchequer, Vince Cable, the Liberal-Democrat Business Secretary and Labour’s Shadow Universities and Science Minister, Liam Byrne suggest that the three main political parties in England recognise the problem and are open to new investment and new thinking. This is urgently needed. As the million+ report points out, for too long the debate about research funding has been constrained by limited thinking. The current approach to research funding in the UK now stands in stark contrast to the Nordic and other countries which fund research capacity and translational research better and have better records in innovation and attracting private R&D investment.

Universities UK - the umbrella organisation for universities - have argued that the gap in R&D investment should be narrowed. I agree. However ‘more of the same’ in terms of the distribution of research funding is unlikely to tackle the innovation challenge or address historic imbalances in regional growth. In fact, research funding risks becoming a ‘closed shop’ as a result of government policies which have directed more and more taxpayer funding to fewer universities. By 2012-13, a focus on narrow definitions of excellence and ministerial interventions resulted in 25% of the £1.9bn of research funding provided by taxpayers being allocated to five universities with 12 institutions receiving 50% of the funding in spite of there being no reassessment of research quality.


Research concentration is important. But hyper-concentration policies create inequity for students, waste the talents of university staff across the sector and – crucially - limit interaction between universities, local businesses and the not-for-profit sector. This hyper-concentration of research funding means that we are missing opportunities to grow the economy by research.  There are also good reasons for Ministers to recognise that a focus on STEM risks under-estimating the value of research in the social sciences and the creative industries in which the UK is currently a world-leader.

This is why we should join with business, large and small, and organisations which have benefitted from the research expertise available in universities throughout the country to put the case, not only for more investment in science and research, but also for a new approach to research funding. The next government must ensure that all universities are funded to develop research capacity and deliver research excellence and should establish a new stream of funding for translational research. Continuing a ‘more of the same’ method will not address the innovation challenge or address the need for all regions to contribute to and experience the benefits of the economic recovery.


The Innovation Challenge: A new approach to research funding can be found here.