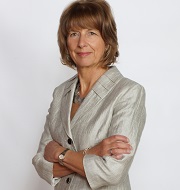 In a little noticed answer to a recent parliamentary question, Jo Johnson, the Universities and Science Minister, appears to have come clean on the impact of government changes to the way in which the costs of the higher education system in England are calculated. When Labour’s Shadow Minister for Higher and Further Education, Gordon Marsden, tabled a question on how much of a student’s loan is set to be written off under the new system, he was told that Ministers are now estimating that only 20-25% of the student loans of those who enter university in England will be written-off at the end of their 30-year repayment period.

This is a significant change to the figures which caused so much dispute before the May 2015 election, when it was claimed that the fees and funding system introduced in 2012 had produced a system that was unsustainable. The proponents of this argument could legitimately claim that the evidence for this charge was crystal clear. After all David (now Lord) Willetts, the Conservative Universities and Science Minister from 2010 to 2014, was forced to concede in the House of Commons in April 2014 that the write-off of student loans under the 2012 system, which led to fees rising to £9,000 per annum, was 50-55%. This compared badly to the information given to MPs in 2010 when the government, against the advice of million+, London Economics and other experts, wrongly claimed that the write-off under the 2012 system would be around 30%.

So what magic have Ministers employed to produce such a startling turn-around? As we have long argued, the funding of higher education is routinely based on smoke and mirrors accounting, and this looks to be another example. Student loans do not show up in the government books in the same way as the teaching grant. This explains the book-keeping rationale behind the abolition of maintenance grants and their replacement with student loans – a move which many argue flies in the face of the social mobility aspirations of Ministers and which is likely to have a detrimental impact on older students. Participation of these students is already on a downward spiral, unsurprising given the higher ticket price of the post-2012 system and the fact that older students are known to be more risk averse in terms of debt.

The reduction in the estimated write-off (or RAB charge) arises from two significant rabbits which Ministers have pulled out of the post-election hat.

Firstly, the freezing for five years of the £21,000 earnings threshold which triggers graduate loan repayments has a significant impact on the amount that graduates will repay towards the costs of their higher education. Under the £9,000 fee regime, students were assured that there would be annual uprating of the earnings repayment threshold to account for rising wages. Abandoning this promise has exposed Ministers to the charge that the terms of student loans are being changed retrospectively rather than for future student cohorts. However, this change alone is estimated to be worth £1.4bn to the Treasury per cohort of students, as graduates will end up repaying more. The Institute for Fiscal Studies estimated that on average graduates will repay an additional £4,000 – with some graduates paying considerably more over the course of their career.

The second, and more creative, involves the alteration of the discount rate applied to outstanding student loans. Discounting is a technique used to compare costs and benefits that occur in different time periods – in the case of student loans over the 30-year repayment period. It is a separate concept from inflation. The Treasury is now calculating the discount rate for student loans using a very different assumption, one that yields them considerably better results. The previous formulation had been calculated at RPI plus 2.2%. However, since last summer's Budget the Treasury estimates the cost of the student loan book on the basis of RPI plus 0.7%. This makes a massive difference in the estimated costs of the system to government but this massaging of the discount rates is not without its critics. The Institute of Fiscal Studies described it as a “trick”, and it is important to note that it has no real-world financial impact on the amount of money collected by government, or paid by students.

The estimate that the RAB charge will fall to 25% for students entering university from 2016-17 even if they take out the maximum available fee and maintenance loan potentially puts to bed the argument that the HE funding system in England is no longer sustainable. It also paves the way for the future sale of the student loan book, which has been deferred due to “market conditions”. After all, writing-off 25p in the pound of student loans looks, at least on paper, a much better deal than writing off 55p in the pound.

Changing assumptions will undoubtedly help the government books but graduates themselves will pay more for longer, shifting the balance of funding higher education even further towards students and away from the state. Rather than affordability for government, perhaps the political argument will shift to one of fairness. Either way it is clear that smoke and mirrors accounting has not gone away.