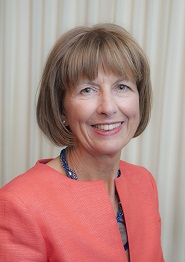 MPs from the Public Accounts Committee have expressed their incredulity that Starbucks, Amazon and Google pay very little tax in the UK. Andy Street, Managing Director of John Lewis (2012 half year UK tax bill £34m), argues for a level playing field in respect of the tax regimes that apply to companies operating in the UK.

The Coalition has argued for a rather different sort of level playing field for private providers in higher education in the UK. Originally Ministers promised that a Higher Education (HE) Bill would be introduced into the second session of Parliament. Instead, the Bill fell victim to a Parliamentary timetable that anticipated hours devoted to House of Lords reform. When this also fell by the wayside it was too late for an HE Bill to be introduced. As a result Parliament has had no real opportunity to debate just what a level playing field between private HE providers and universities means in practice. The Universities and Science Minister, David Willetts, has now suggested that an HE Bill may not be on the legislative cards this side of a General Election.

In spite of this, HMRC on behalf of the Treasury is now consulting on the merits of granting VAT exemptions to private and for-profit HE providers – in the interests of creating a ‘level playing field’ in the HE market.
In view of the public’s concern about the non-payment of tax, it seems strange that Ministers should choose this moment to collect less tax from private companies seeking to make inroads into the UK’s higher education market. These for-profit providers are often part of large private equity groups based outside of the UK. They are already subsidised because their UK students can now borrow £6,000 per annum at taxpayer expense to pay course fees. This is a 78% increase when compared with the £3,375 maximum fee loan available for their students in 2011.

When asked at the BIS Select Committee whether his Department had carried out a risk assessment of the impact of the proposed VAT exemption for private providers on universities in the rest of the sector, Vince Cable, the Secretary of State, had to concede that no assessment had been undertaken. Under current rules an institution qualifies for VAT exemption because of their non-profit status, reinvesting resources for the benefit of students and educational advancement. Granting profit-making companies VAT exemption would give them financial edge in raising private capital to undercut publicly funded universities and colleges.  To many this may seem like the opposite of the level playing field for which John Lewis’s boss was arguing.

In the same week that arguments about corporate tax regimes again hit the headlines, the Office of National Statistics reported the inflationary impact of September’s hike in tuition fees in England. As the Treasury says the inflation figures are “disappointing” but they are no surprise.  The Chair of the BIS Select Committee Adrian Bailey MP has been on this plot for some time, tabling a series of Parliamentary Questions about the link between fees, the Consumer Price Index (CPI), benefits and pensions.

When Parliament voted through higher fee caps in December 2010 based on a drastic reduction in direct public investment in higher education did MPs consider the wider impacts on the economy and inflation? We suspect not. Now a little known proposal to change the VAT rules could have far-reaching consequences, which equally seem not to have been properly assessed.

A lot has happened in the two years since Parliament agreed the rise in tuition fees. We know much more than we did about who does not pay tax in the UK, and there is rising concern that some companies are taking the public’s money but not paying their way. The jury has to be out on whether the VAT exemption being proposed for private higher education providers would command much public support if it was anything other than hidden away in an obscure HMRC consultation.  Like Starbucks, perhaps the Treasury should smell the coffee.