CEO blog: Is the human capital review the HE funding Holy Grail that the government is looking for? 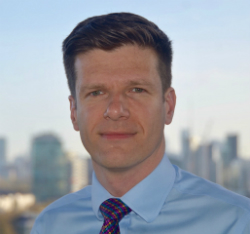 In the run up to the second Budget speech of 2018, MillionPlus CEO Greg Walker makes the case that a hidden Treasury Review could be used to rethink how the country understands its investment in education and skills

Two reviews are preoccupying those in higher education (HE) currently, the Augar Review and the ONS-led international review of the accounting of student loans. But a third review could also be important: the HM Treasury Review of Human Capital announced in the March. Nothing has been released about the review, as far as outside observers can see, but it was deemed significant enough to feature in the Chancellor’s spring statement.

What’s the deal here and why might this be important? Well, first because accounting for capital investment on the public accounts has (surprisingly) not caught up with established economic theory. Capital is an asset that enhances the power to perform useful work or outputs, particularly the production of goods and services. Capital investment, put simply, is the use of resources to create an asset that boosts this power. Human capital as a concept has been around for decades and is defined broadly by the OECD as “the knowledge, skills, competencies and attributes that allow people to contribute to their personal and social well-being”; a definition that manifestly includes economic production.

Universities, among other things, are clearly in the business of creating human capital through their higher education programmes. The knowledge, understanding and skills acquired at university add a great deal to a student’s capability to contribute to our economy and society. Specifically, it adds to productivity, itself the Holy Grail for boosting any economy’s long-term rate of growth.

Currently, only the government’s investment in physical capital such as buildings, roads, or research facilities counts as capital investment. The Treasury’s review presents a real opportunity for the education sector, including the university sector, to make the case that the Department for Education’s investment in education and skills creates a human capital asset by boosting labour productivity - labour being a key ‘factor of production’. Just because human capital is intangible – neither ‘bricks and mortar’ nor a quantifiable asset – does not mean it is less of an economic investment for the country. This could apply to wide areas of the DfE spending, not just HE.

The case for a change has its own logic but some implications will already have been spotted by the observant wonk. Though capital investment falls on public sector net borrowing, it does not count towards the balance sheet measure most trumpeted by the Chancellor, the ‘current deficit’ (narrowly in surplus at present). This measure excludes public capital investment, on the basis that this expenditure creates an asset for the nation’s future.

The problem for the government is this: the reclassification of student loans from 2019 by the ONS may well eliminate this current budget surplus as a portion of non-repaid student loans may fall on the department’s annual spending, busting the DfE’s set spending limits by a country mile. This would potentially hit the government’s ‘fixing the (fiscal) roof’ narrative.

The education sector, particularly universities, need to work together to make the case that the current accounting for human capital is stuck in the past and should be updated. We should be marshalling arguments that, just as a portion of student loans may in future fall on the DfE’s accounts, we should consider a segment of our education funding to be an investment in human capital. This could take some education spending out of the Chancellor’s preferred deficit/surplus metric (the ‘current deficit’) in the national accounts - a result that more accurately portrays the long-term national asset that higher education truly is.