A review for whom? 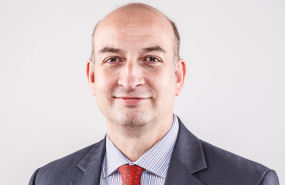 After months of speculation, Theresa May is announcing the government’s Review of Post-18 Education and Funding. No doubt, the aims have changed considerably since the inclusion of a promise to conduct a ‘tertiary review’ in the Conservative party manifesto in May 2017, due in part to the much discussed and – based on the evidence – much exaggerated ‘Youthquake’ at the June election.

The Prime Minister and I agree about the need for a review of post-18 education and funding. Where we may differ is in the aims and scope of such a review. The Prime Minister may be looking to reverse the decline of her party’s vote share among younger people – possibly with a simplistic reduction in headline tuition fees - but this is not for me, as a university leader, the priority. I would have three other priorities:

There has been growing debate about fees and the need for differentiation - usually shorthand for the availability of cheaper options for study. The newly introduced HE Act encourages increased differentiation through new providers with different offers, recognising that fees cover not only the direct cost of tuition, but also enable access to different academic environments and student support. This increased competition is already taking place. Some new private higher education providers offer courses at lower prices, but often without a wide range of facilities, accommodation, additional student support, or opportunities to engage in research and enterprise. When coupled with initiatives such as higher and degree apprenticeships, the evidence is that there is already a diverse range of provision developing for prospective students.

With regard to funding, let’s consider some facts when reviewing graduate contribution levels. There is no substantial market failure for new 18-19 year old full-time undergraduates. The number of 18-22 year old full-time students has continued to increase. Indeed, one of the biggest achievements of the HE funding changes in 2012 was the removal of student number controls, allowing more students from disadvantaged backgrounds than ever before to study at university. Any review should therefore celebrate and maintain the removal of the cap on students.

The scrapping of maintenance grants in 2016 was a regressive measure and needs to be urgently reconsidered. The use of an out of date inflation measure (RPI) to uprate repayments also needs to be reconsidered. Changing this to CPI would immediately bring down the interest rate on loans that many now feel is egregious.

The critical market failure in the HE funding system has been in the damage to part-time student numbers, with a disastrous impact on widening participation. The tendency, from both government and the press, to only ever consider 18-22 year olds masks this real market failure in HE. Since 2008/09 there has been a 61% reduction in part-time students. Since 2010 the number of mature students has dropped by more than 60%. The decline of part-time learners has been so precipitous that, despite increases in full-time students, overall student numbers since 2008/09 have declined by almost a quarter (from 610,000 to 465,000). The Government has long avoided addressing this decline in part-time, even though David Willetts, the architect of the 2012 fee system, has described this decline as his greatest regret of the changes.

Beyond HE, the introduction of Advance Learner Loans has been the other key market failure and demonstrated that loans are not the most suitable approach for all learner groups. The number of learners in Further Education has dropped from 4 million students in 2005/06 to under 2.5 million in 2016-17.

In conclusion, there is little doubt that this review is timely. The UK’s skills gap, particularly at Higher Educational levels 4 & 5, is one of the biggest issues facing the economy. The level of employment is at its highest since 1975 - with a significant number of those in insecure employment - while the number of vacancies is also at its highest ever recorded level. For those who never went to university or those who wish to change career paths there are too few opportunities to re-enter education, to re-skill, or upskill.

The Government must help to address these skills gaps and shortages. If the Prime Minister wants an effective review of post-18 education and funding, she cannot gloss over the shortcomings and unintended consequences of the current system. The country needs a funding system that caters for everyone, starting with those who study part-time and the poorest who need the support of maintenance grants. The review must be an evidence-based one founded on the principle of a fair and shared contribution by individuals, the state and employers. Focusing solely on the electoral impact of younger learners by simply reviewing headline tuition fees would be an example of a political general fighting the last war and, more importantly, a missed opportunity to restore the balance of support to those who need it most.